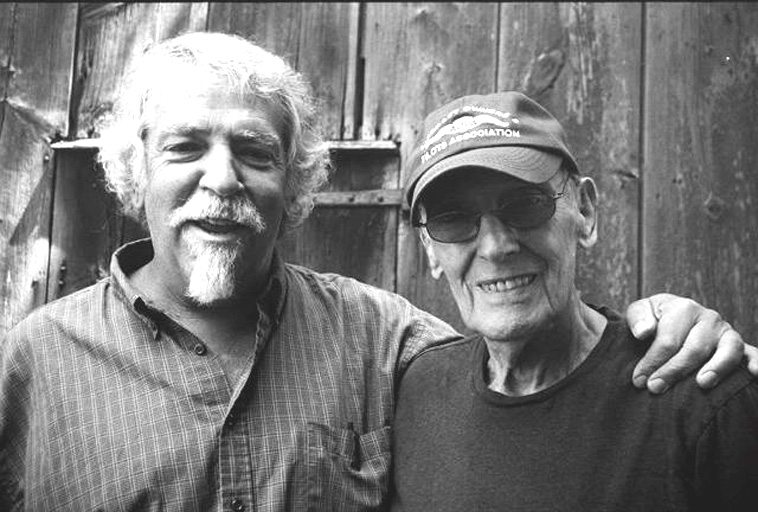 A NOTE CONSIDERING THE CHARLIE PARKER DISCOGRAPHY — No. 2 in a series — by MARK WEBER 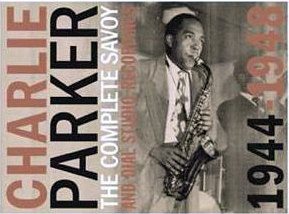 On page 68 of the book that accompanies the 8-cd COMPLETE SAVOY AND DIAL RECORDINGS OF CHARLIE PARKER 1944-1948 (Savoy, 2000) you see a notation regarding the jam session held at Chuck Copely’s house in Hollywood on February 1, 1947 to welcome Charlie on his release from Camarillo State Hospital that says the tune “Opus” aka “Home Cooking I” is credited to Hal McKusick. As well, the 4-cd COMPLETE DIAL SESSIONS (Stash, 1993) credits Hal McKusick.

So, in an effort to fine-tune the Charlie Parker ethnography I spoke with Hal about this “Opus” and he says the line on “It’s Wonderful” was written by young trumpeter Mel Broiles and not himself. 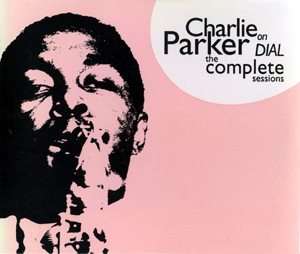 Mel and Hal lived not far from each other in the lower Hollywood Hills, “on the slope just before the houses go up into the hills. We ate at a boarding house, then. Mel was 16 when I met him and probably 17 when he wrote the line on ‘It’s Wonderful’.”

Hal remembers Mel asking him if he should show the tune to Bird. It is a 32-bar line written on the changes to “It’s Wonderful” with a “Honeysuckle” bridge. Hal says Bird played it often on the West Coast.

Hal can still sing the line, right off the top of his head. It’s a tremendous piece of writing.

“George Handy was around in those days, too.”

Hal has no idea where the title “Opus” came from or how it was attributed to him.

The titles of “Home Cookin'” are derived by the fact that they were at Chuck Copely’s home and most likely given those titles by Ross Russell when he first released them on Dial LP 905 in 1951.

We think of Hal McKusick as an East Coast cat — growing up in Boston area — working in the hotbed of jazz that was NYC in the 1950s. See his interviews at JazzWax for more details. Hal and George Handy famously quit the Boyd Raeburn Orchestra in Boston and flew to Los Angeles in late 1944. Los Angeles would be his base of operations for the next five years. Evidence of his return to NYC can be heard on the Avalon Ballroom, Times Square, aircheck with the Buddy Rich Orchestra of October 26, 1948.

Mel Broiles was from Kansas and moved to Los Angeles in the 1940s. He and Hal both caught the Charlie Parker-Dizzy Gillespie band many times, together and separately, at Billy Berg’s on Vine Street just north of Sunset (between Sunset and Hollywood Blvd) in Hollywood. This was the band with Milt Jackson, Stan Levey, Lucky Thompson, Ray Brown, and Al Haig. They opened at Berg’s on December 10, 1945. This engagement lasts through February 4, 1946.

When did Mel Broiles show Bird his tune? Either sometime before Bird was locked up in Camarillo State Hospital or the afternoon of the Chuck Copely jam session. (I am assuming it was an afternoon.) Charlie Parker was incarcerated in Camarillo from early August 1946 till late January 1947, six months. Upon his release the hipsters threw a party for him at Copely’s on February 1, 1947. Mel Broiles played at this jam session. Hal was out of town on one of the many short jaunts he took with Alvino Rey or Al Donahue. Charlie returned east on April 4, 1947 after sixteen months on the Coast.

Hal says that Bird played Mel’s line on “It’s Wonderful” many times on the Coast. Whether Charlie learned the line before Camarillo is not out of the realm of possibility. Post-Camarillo, Charlie was at the Hi-De-Ho and certainly played it there as well as recorded it at C.P. MacGregor Studios in Hollywood for Dial on February 26, 1947 under the title “Stupendous.” This version is formally credited to Howard McGhee and Mel Broiles. Phil Schaap notes that Mel was a student of Howard McGhee’s.

Meanwhile, back in Kansas, Mel’s father struck it rich in oil and called for Mel to come home. Once back in Wichita his father surprised him with the gift of an airplane. Mel and Hal shared that interest in flying their entire lives. “Mel’s father arranged for him to be admitted to West Point where he played in the band, and from West Point he went straight into the orchestra of the Metropolitan Opera,” where he remained 1956 till his retirement in 2001. (He passed on August 26, 2003.) Was also on faculty at Juilliard for more than thirty years. See the Link below for more detailed chronology of Mel Broiles. 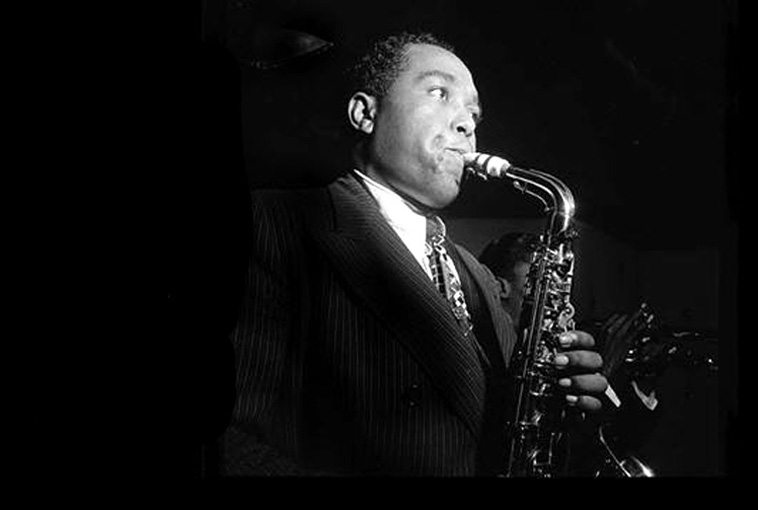 [session continues — all three trumpets out]

I’d like to clarify one other little thing in the Bird Ethnography and that is regarding the caption to my photograph of the Hi-De-Ho Club in the Mosaic box of Dean Benedetti recordings that the First Evangelical Church was not in Hollywood, but many miles south of Hollywood in South Central Los Angeles at 50th and Western.

The recording session for AFRS (Armed Forces Radio Service) Jubilee on December 29, 1945 at NBC Studios in Hollywood — Boyd Raeburn Orchestra recorded over a dozen tunes that day as well, in another studio down the hall somewhere in same building the Charlie Parker-Dizzy Gillespie Sextet was recording, as well, for Jubilee the monumental versions “Dizzy Atmosphere,” “Groovin’ High,” and “Shaw Enough. This is the date that Hal remembers as the time when he opened his eyes after his solo on “Yerxa,” and there sat Bird excitedly leaning forward in a chair right before him and exclaimed how much he liked Hal’s playing. ALSO note that the personnel on this first (of three) sessions that Raeburn cut for Jubilee, Hal says was the road band, and nearly exactly same personnel as the previous October session for Jewell where many of these tunes were first recorded. The Hep Records release of this material has personnel mixed up from the subsequent two Jubilee sessions. The road band made the first session and broke up for lack of work. I’m sure Boyd Raeburn scholar Jack McKinney has this sorted out (did he ever publish his book?)

The tune “Yerxa” is co-composed by Hal McKusick and George Handy. This tune has been credited up till now as solely by Handy. When Hal & George roomed together George copied down a couple of Hal’s sax lines that developed during practice sessions and worked up a tune out of that, exactly the same way they composed “Tonsillectomy” together. The West Coast disk jockey Ted Yerxa was a friend of Handy’s and had a show (and a record label) called The Lamplighter. He was also the manager of singer Kay Starr. “It is possible that Handy signed the composer ownership of both tunes (T. and Y.). My input was miniscule compared to his orchestrations. It is best to credit him fully for those tunes.” Hal is too modest.

How one thing leads to another, and

how when one fact is incorrect/erroneous

In the grand scheme of things, maybe

these little twigs in Bird’s nest

that I am rearranging

we have the opportunity to clarify something in the history

in the future no ink will be wasted with confusing data ……. 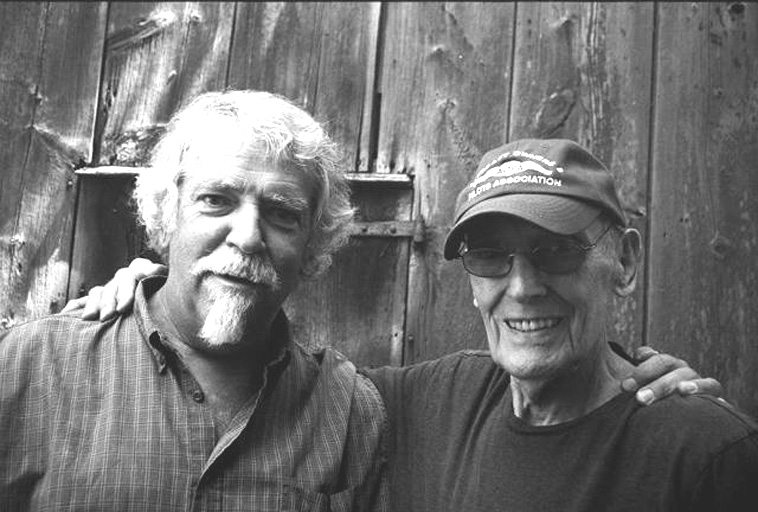