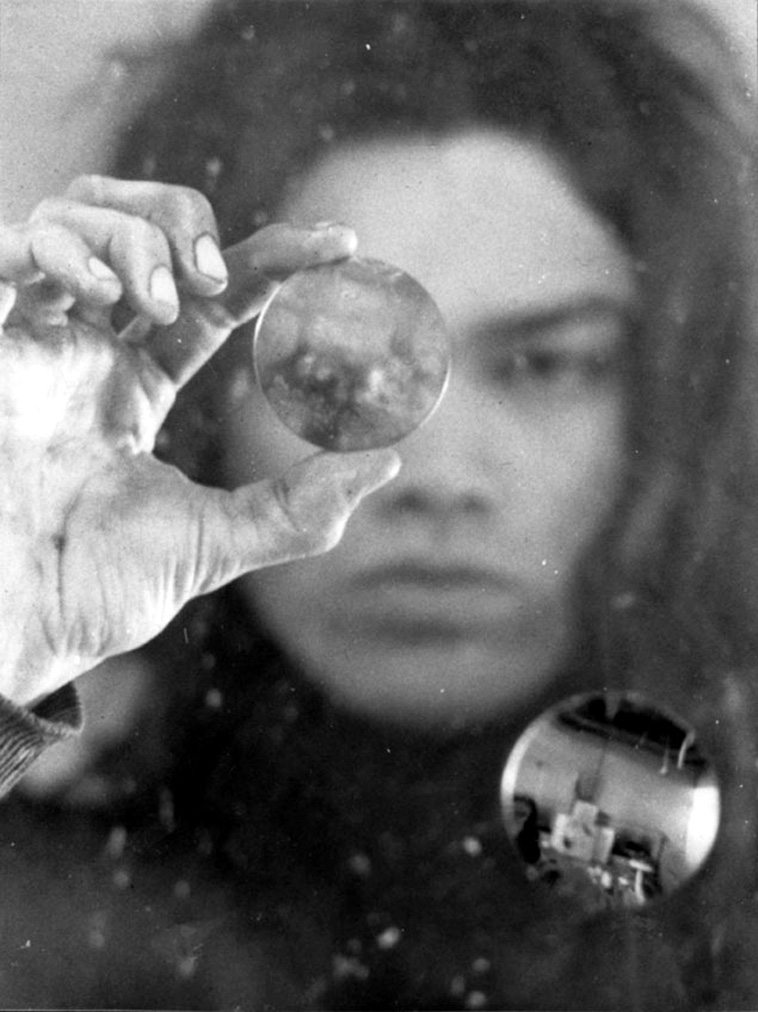 For COM.POST #15 Raymond Dijkstra curated an exclusive live program with new acoustic compositions to be made on the spot in a blind date setting. With public reader Frédérique Bruyas (fr), composer of acoustic and visual happenings Limpe Fuchs (de) , soundartist Timo van Luijk/Af Ursin (fin/be) & Edward Ka-spel (uk/nl) who is known from The Legendary Pink Dots.

Raymond Dijkstra (nl) made over 50 (mostly limited) releases of his own musical work. He positions his releases as artworks. In that case his work fits very well in the philosophy of DE PLAYER. We invited Raymond to make a new composition for our COM.POST series and produce a limited edition (10 pcs) of 10″ vinyl with handmade covers.

Raymond Dijkstra and Frédérique Bruyas will simultaneously perform two separate pieces ‘sans communication’. Important is that it is not like an improvisation where one listen and react on another. It will be a parrallel performance of two separate pieces, one by Bruyas, one by Dijkstra, but performed simultaeously. The aim is a chance meeting of freely clashing and merging energies, without any desire to gain control within the performance. Because of the unmediated character of the performance, any rehearsal of the piece is of course taboo in the process between the artists. This evening will therefore see this work performed for the first time.

The second concert of the evening is with Limpe Fuchs, Af Ursin and Edward Ka-spel, who never have played before as a group. The outcome of this collaboration is very unpredictable because of the different artistic approach of the individual artists involved, the fact that they have not prepared their stage performance on forehand, and the entirely improvised nature of their performance.

This evening of true music experiment asks for a different ear of the public, who should not expect a normal performance show. They are in contrary invited to witness two music collaborations where nothing is ‘pre-consumed’ and which therefore can either flourish or die before their eyes. Things which normally happen in the safety of a rehearsal space. It is exactly this virgin energy which is very powerful in either way. 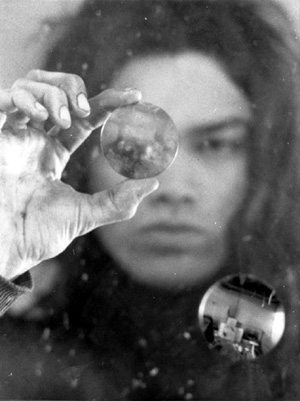 since 2003, his recorded work has been released in very grandly designed (though extremely small editions) on the le souffleur label, all of which are out of print and not easy to obtain. those who have, discovered the odd, yet personal world of Raymond Dijkstra, whose recorded output relies heavily on the acoustic side of electro-acoustic music. In Dijkstra’s own words:

“my overall philosophy is to keep my kitchen closed. and the lid on the pot. i need to build up pressure; the only time i release pressure is when playing music. it’s all about transformation. i guess i need to have some distance between me/my music and the public. in fact i like to see the public as non-existent. releasing my work i only do for metaphysical reasons; to keep all psychic and physical channels open, and maintaining a healthy system. it is not much more then relieving yourself in the toilet. if not, there’ll soon or later come a point when your system gets clogged, the energy flow will cease, and the transformation into music stops… i need complete isolation to protect my work.” 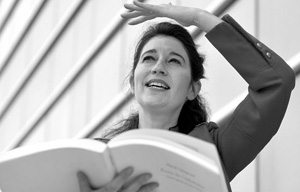 Public reader. As a public reader Frederique Bruyas conceives public reading as an inexhaustible field of human experience, whose subject is literature in its infinite variety. Her artistic commitment is perfectly rooted in the oral expression of the written word, in all its singularity reading aloud, book in hand. Trained as an actress and as a musician she has developed an intimate relationship with literature. Contemporary playwright Jacques Rebotier was a seminal influence in her work. She believes that the human voice should be the instrument which gives flesh to an author’s thought. She approaches text as a “score of words” be it of classical or contemporary style. Drawing upon her experience with both authors and musicians she created the concept of: “concert-readings”, whilst developing her artistic research directed towards polyphonic readings (with the group Vox Libris), bilingual readings, and a combination of reading with the digital arts. Frederique Bruyas lives in Paris. She worked with many internationally recognised musicians, sound-designers, composers and video-artists, who have sought her participation in performances combining her reading with their sounds and images. The writers I like to read out loud don’t try to explain the world, but to express it. Their precision, exactitude, and mastery of the language keep them from any illusion one might have about being able to provide a straight description of the world. The text, a literary artifact, is to be read like a map where the real is brought to life on another stage. The text is the written account of the displacement of the real onto the mind’s eye, retaining its outline, its path, and its itinerary. The words are the shadows of the real, the measurable distances from the real. 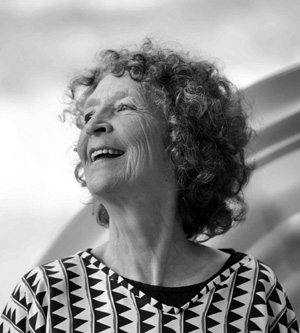 Making music while listening to the streaming of time. Simplicity and emotion. While listening to the resonance of the performance space –developing musical ideas and a directing concept. My sound material – wood- and granite stone rows, ringing bronze within the ballast string instruments – and the variety of my other instruments – drums with skin- or bronze drumhead, violin, piano,, wood horn, bamboo flute –gives me many possibilities to choose the right material for every performance. When Improvising with other musicians new ways of playing are found, created through new emotions, which are stored in the musical memory It is a treasure that is growing with every performance – in contrary to the interpreting musician, who has to provide his imaginary musical paper basket on his way to perfect ion. When a performance is planned, a concept for the concert is worked outwhen rehearsing with the invited musicians, which arranges the possible combinations. In the performance this structure is filled with the skill and intuition of the players. A sentence of the composer Helmut Lachenmann: „I am trying to find the sound – Limpe Fuchs has found already“, shows how convincing she presents her instruments and sound installations. 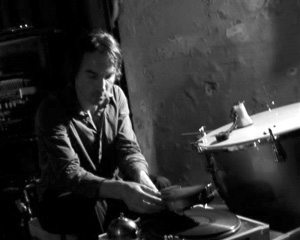 is an autodidact improvising soundartist mainly working with dismissed acoustic instruments, various (sound) objects and magnetic tape. With his solo project ‘Af Ursin’ he creates structured free form arrangements where the intuitive and emotive aspect form the core of his musical approach. In his collaborations (including work with Noise-Maker’s Fifes, Christoph Heemann, Limpe Fuchs, Raymond Dijkstra, Nurse With Wound) he follows the same aesthetic of poetic sensibility. All publications are privately released on his label La Scie Dorée, on LP format only. Besides music he also works with visuals (photography, graphics, film). More information available on his website 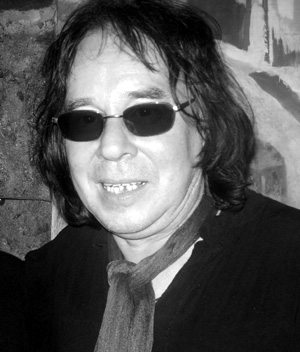 is probably best known as the lead singer, songwriter and co-founder (with Phil “The Silverman” Knight) of the prolific underground band The Legendary Pink Dots, in which he was initially known as D’Archangel.[1][2] He has also released numerous solo albums (initially featuring other members of the Legendary Pink Dots, and later including contributions from Steven Stapleton),[3][4] and has worked in various side projects, including The Tear Garden (with cEvin Key of Skinny Puppy),[1][2] and Mimir (with Phil Knight, Christoph Heemann, Jim O’Rourke and others). His musical output has combined elements of psychedelia, dark folk, goth, industrial, electronic, found noise, sampling, pop and rock in varying degrees.[2] His lyrics have been described as intensely personal and mystical, incorporating recurrent themes from his own personal mythos, and his songwriting and singing have been compared (usually favourably) to Syd Barrett and early Pink Floyd.[2] Ka-Spel is a fan of 70’s psychedelia as well as Radiohead.[5] His manner of dress is peculiar. He is rarely seen without wearing a long scarf and either pink or black sunglasses both on and off stage. Earlier on in his career, Ka spel drew black lines on his face and arms, which Phil Knight has referred to as “his cracks,” [6] presumably as they resemble the cracked lines in a crumbling statue. Again, as with the sunglasses and scarf, Ka-spel remained constantly in character, wearing the lines at all times. He also often performs barefoot. Ka-Spel’s singing voice is distinctive, especially for listeners outside of England, as it displays characteristics peculiar to the region of England in which he grew up. In addition to his east London/East Anglian accent, Ka-Spel’s dialect has what is sometimes misidentified as a lisp, but is actually a form of rhotacism, in which Rs are mispronounced as Ws. This is believed to be a sociolect or a form of “permanent affectation” acquired as a child, rather than a speech disorder as such.