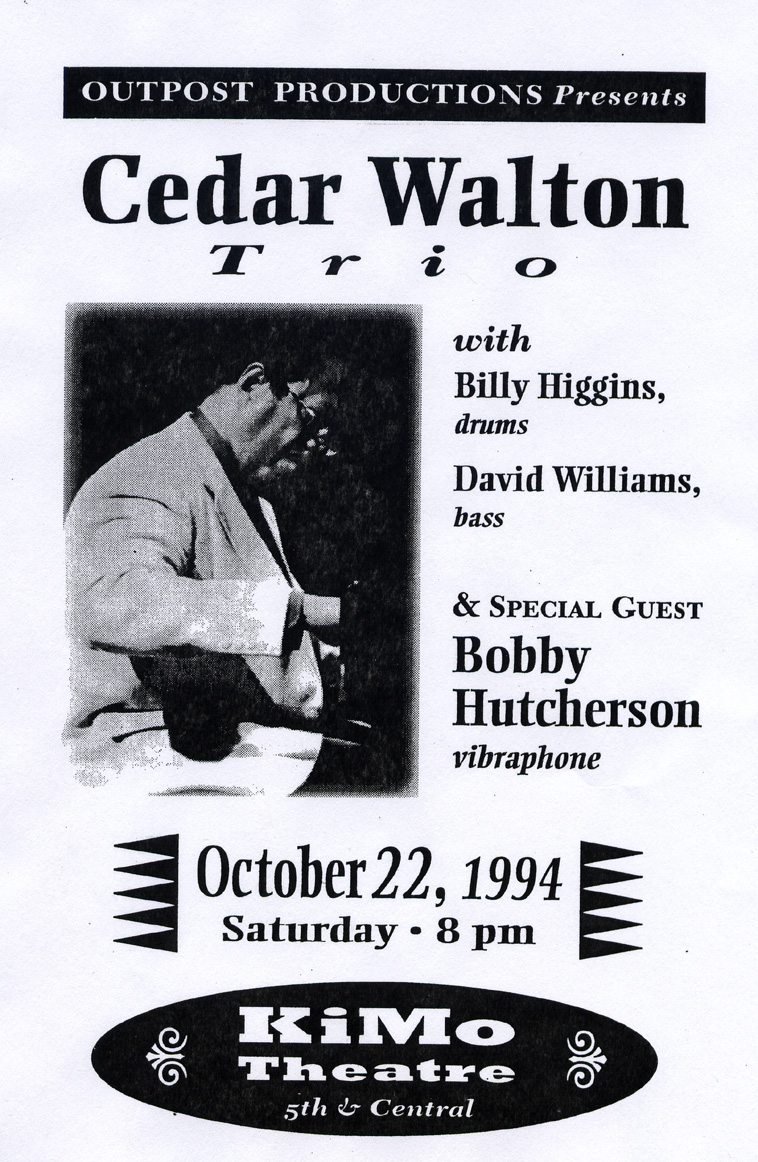 This concert in Albuquerque by the Cedar Walton Trio + Bobby Hutcherson was one of the greatest I have ever witnessed. I sat down in the front row and they started playing and the next thing I know they were done. They played about 70 minutes but it seemed like only seven. They had put me in a trance. I snapped out of it when the audience began clapping. I was confused. Hey, you guys just started where are you going? They accepted their applause, bowed, and left the stage. They had stopped time.

The thing I like most about chamber music, ie. Bartok string quartets, Beethoven, Haydn, etc, is best done by jazz musicians. The difference must be the paper. You can never get free of the sheet music, but if you do not have sheet music, you are in another zone. If you have to play in the moment, the music will be particular to that moment, that place, that time. The audience is in a state of pleasant suspense and surprise because the musicians are surprised, as well.

A chamber jazz band is playing together but each are playing separate parts in separate registers. Nobody playing the actual written composition, the actual music is this unheard thing floating in the room like a globe in the center of the group and they’re all circling it, embellishing. 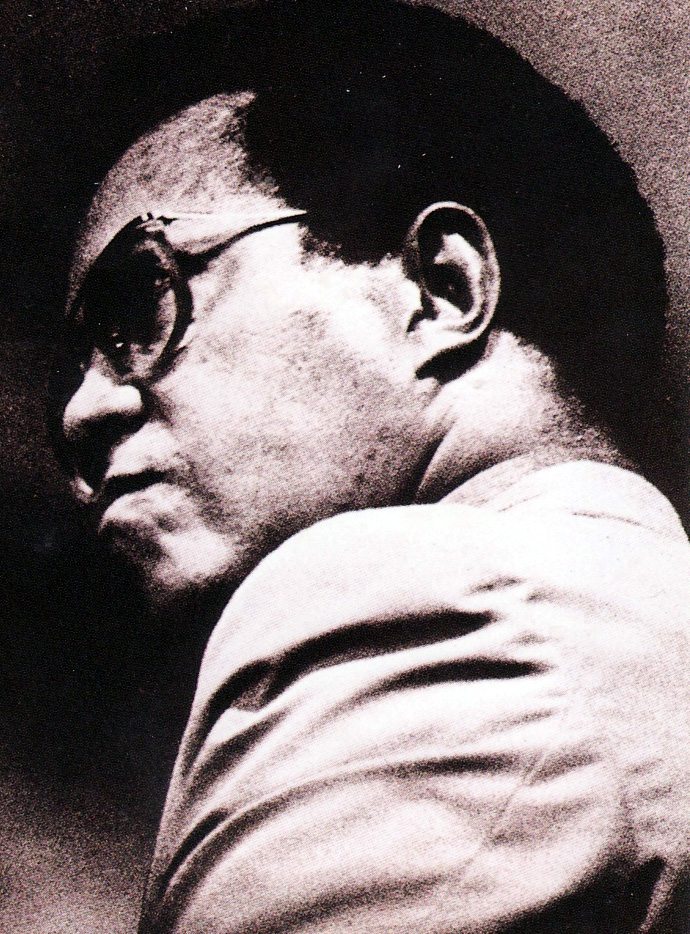 You create your own little world.

sometimes only one note is all it takes

one exact note in the most perfect placement

and the music expands dimensionally

This quartet circled the globe that was floating in the center of the room. I wish I could remember the tunes they played — a mixture of standards and originals, probably played Hutcherson’s “Same Shame.” A languid tune. And even so, if someone had wander’d in who was not familiar with the American Song Book they would have thought the music completely spontaneously avant garde. They were so abstract in that involved way that chamber music makes possible.

There was a quietness to it. Nothing exuberant. No titanic climaxes. The dignity and deliberation resembled a classical music performance. True, there are moments in almost every (“modern”) jazz concert where chamber diversity takes place. Where the band seems to be playing three-dimensional chess. Counterpoint in a bag. Pointillism.

Other examples of this interplay would be Bobby Bradford-John Carter duets, the trio of Anthony Braxton-Leroy Jenkins-Leo Smith, and the Fred Katz inspired portions of Chico Hamilton’s quintets, AND those five tremendous duet and trio CDs that Vinny Golia made with Bert Turetsky. Wow. AND even though it’s not jazz, I have to add, the chamber music of Stefan Wolpe to this discussion.

It was one of the most amazing concerts I have ever heard and seen. There is nothing like jazz for this kind of spirit involvement.