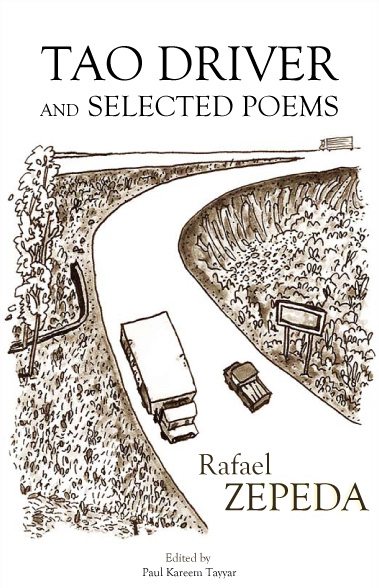 What a monumentally great collection of poems from Ray Zepeda. Such understatement. Such glib deadpan. Such suchness, as the Buddhists have it. And so perfectly Southern Californian.

Absurd in the grand tradition
The California surf & sun
And Hollywood palm trees
And here we are cracking the pop top on a can of beer -type absurd.
Nothing is real or permanent, anymore.

I’m sure glad they included his masterpiece, the poem “Cowboys and Indians” but it is so specific to a time and place that it probably doesn’t make sense anymore? Irony doesn’t translate very well. Irony never translates across cultures and many times does not translate within its own culture from one decade to the next. “Cowboys and Indians” is purely Southern Californian, and almost purely 1960s but more closely a 1970s vibe. A vibe that originated in a 1960s sensibility but needed a few years to gain weight. Then, Ray Zepeda could write about a maniac who is obsessed with the rims on his car. I grew up in Southern California and we all invested a lot of energy in our rims. We bought gels and creams and protectorants and Brasso and S.O.S. pads and chamois cloths and we buffed and polished and guarded our rims from burglars and dogs who would piss on them. We had mags (magnesium) and chrome and bricks in the trunk to lower our profile.

I’m pretty sure I first read “Cowboys and Indians” in WORMWOOD poetry magazine. I remember showing the page to my dad, and gave him no indication of how spot-on the poem was, and my dad doesn’t read a lot of poetry, but he laughed out loud, said, “That guy’s a professor?”

When Ray was visiting Albuquerque some ten years ago I had him read “Cowboys and Indians” on my radio show. Went over like a lead balloon. You can only read this poem in Southern California and have lived through the 1970s to know how great it is. I took that recorded radio version of “Cowboys and Indians” and put it on my compilation series cd ALBUZERXQUE volume 7 (Zerx Records). Sardonic is the word for Ray. 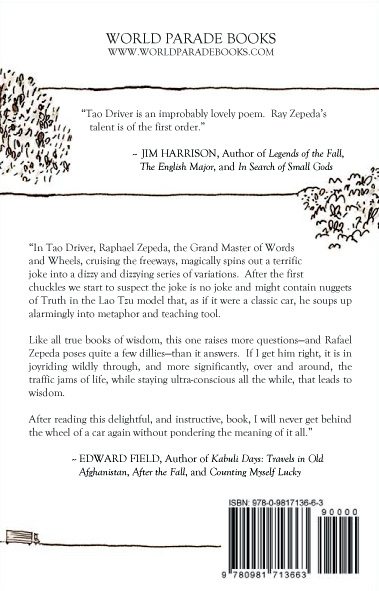 Furthermore, I don’t read the poems of a poet who doesn’t know how to change a tire on a car. If the poet has never changed the oil on a truck, what else don’t they know? Writers, and artists in general, should have a life. Otherwise, what have they got to report? Nothing. They learn everything from television. They’ve never taken a spill on a bicycle or boiled an egg. Nothing. Most of them know nothing. Sure, the world is illusion, but 95% of our poets sell illusion wholesale. Gather up their house-bound poems and stick them in books. Stand around bookstores and read the goddamn things. Not Ray. Ray is too laconic, too hip. He’d rather be sailing. He’d rather be in his beat-up van driving up the Coast Highway. And if one of the tires blows, he knows how to stick a tube in it and pump it up until he gets to the next llanteria.

I’m actually surprised World Parade was able to get Ray to dig these poems out. Ray doesn’t keep archives. He has a garage full of surfboards, not poems.

The long poem masterwork, “Tao Driver” I read in manuscript over ten years ago when Ray thought he might have hit on something. The other poems in the book have a helter skelter publishing history. “Tao Driver” is Ray’s run at Lao Tzu’s Tao Te Ching, and it is a tremendous version. Of course, it relies on the readers’ familiarity with previous English translations, of which there are many. None of them as coy as this one, except maybe Lao Tzu’s true version. If Lao Tzu even existed at all. Because, doesn’t he say so himself that he cannot be named. He is nameless, everything and nothing.

This is all just to say I got all excited reading these poems, again, this time in book form. Such fine editorship and publishing craft. Such a perfect front cover, line drawing by Mike Turner. Paperback first edition. 176 pages. A keeper. A page turner. A knee-slapper.

I’ve learned a lot about California by not being there. I spent the first 32 years of my life in Southern California. And these 24 years later I am still a Californian.

Some other solid books on Southern California life are:

Rafael Zepeda is a Professor of English at California State University Long Beach. His previous collections include Horse Medicine and Other Stories (Applezaba Press) and By Land, Sea, and Air (with Gerald Locklin) (Maelstrom Press). 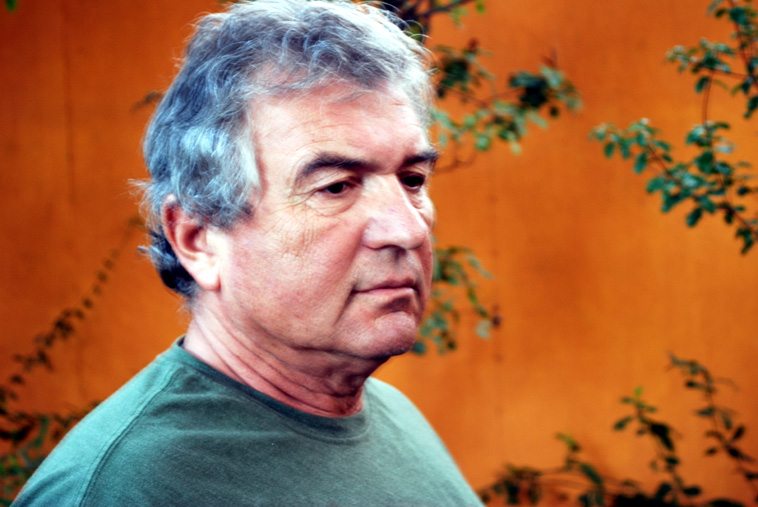 Jose cruises Watts in his ’74 Chevy coupe that’s lowered to the
ground and painted burgundy. The other night he told me that
he was going to buy some new rims.
“It’s a good deal,” he said. “My rims and fifty dollars.”
“What’s wrong with the old rims?” I asked.
“Nothing,” he said. “But these rims are better.
I got to be absent tomorrow.”
“To get the rims?”
“Yeah,” he said and smiled.
That was too bad, since Jose was often the only student to come
to class.
But a couple of nights later he came back. It was raining,
the wind pushing the rain inland.
“Did you get them?” I asked.
“Yeah,” he said. “Want to see them?”
“Sure,” I said.
“I think the mayates want to get them.”
“Not in the rain,” I said.
We went out to the parking lot where the Chevy was parked
under
a light. The rain was beading up on the wax, the rims were
shining.
A couple black students stood under a tree. They smoked
cigarettes and talked.
“Nice rims,” I said.
“Those fucking mayates,” Jose said.
“What?”
“Didn’t you hear those guys?”
“No,” I said.
“They want to get my rims. Didn’t you hear them?”
“What did you get them for? Around here nothing’s safe.”
“I have to have something,” he said. “Those fucking mayates.
They think I’m stupid.”
We went back inside, out of the rain.

I haven’t seen Jose for a while since then. Antonio, a guy from
Salvador, said a guy with a rifle was chasing him the last time
that he saw him.
“Why’s that?” I asked.
“I don’t know,” Antonio shrugged.
“I think they like those rims.” 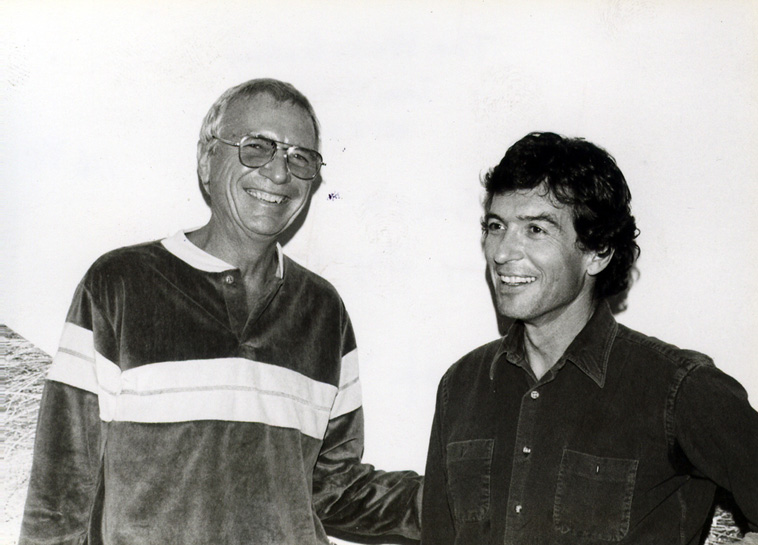 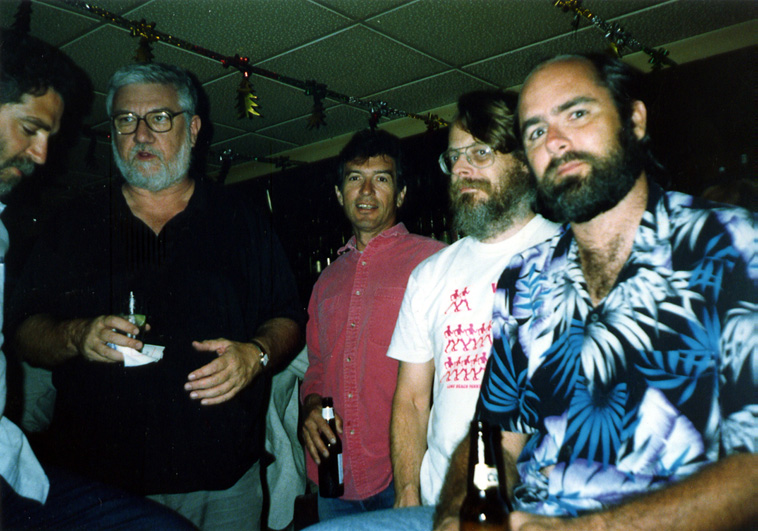 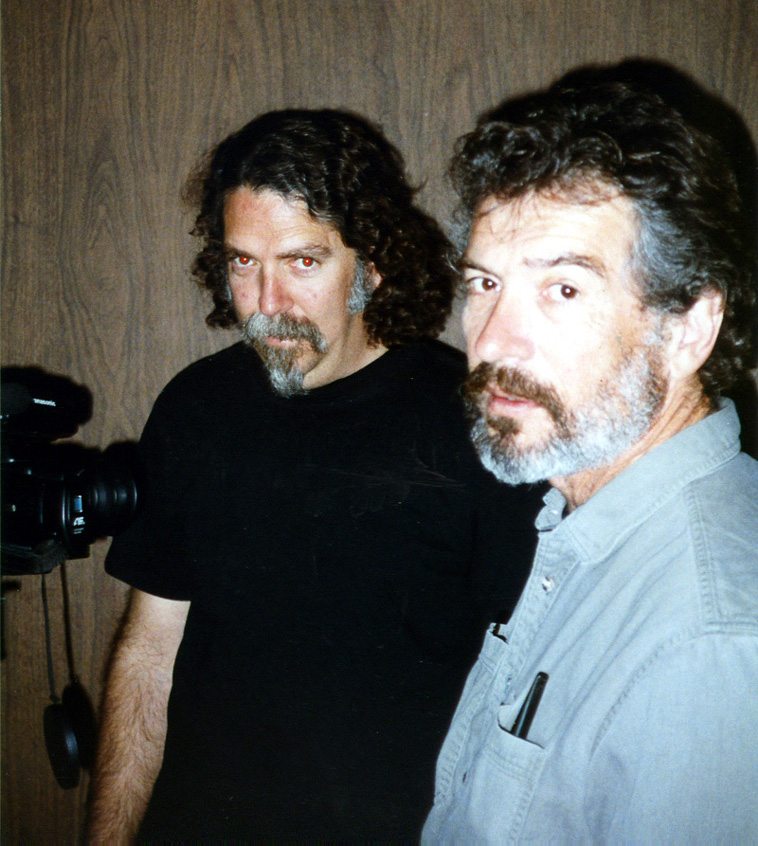 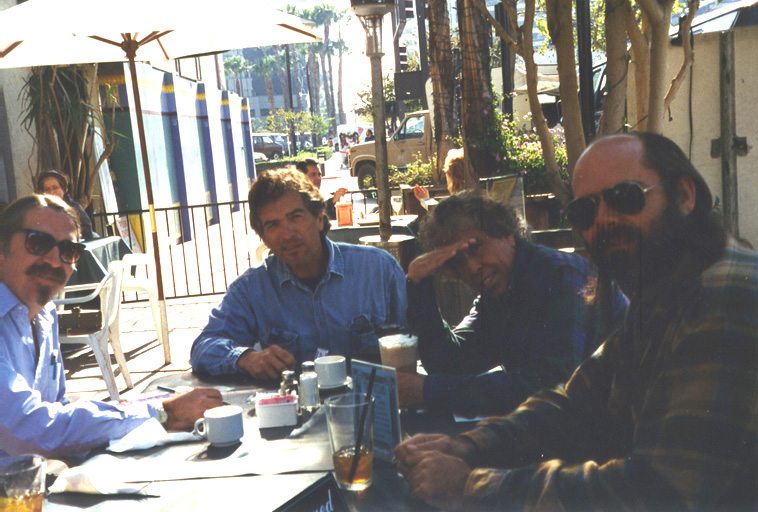