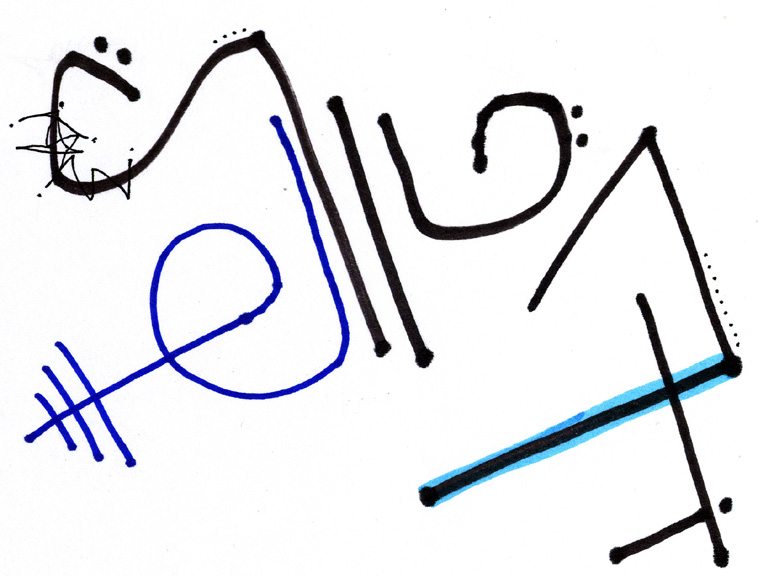 I’ll venture a line, a sort
of speculation, spectacular,
sepulchral, purely a set of
words that caught my ear

And call it an opening gambit
upon which to improvise, or
as we say in jazz: to riff

Not to be confused with riffs, those
infamous background taunting phrases
from a Kansas City horn section

No, I mean riff in the sense
of taking a joy ride into a subject
and experiencing along the way
all of the conjunctions the words
bring up, surprisingly

Pure invention, even then is nearly
impossible given the freight our words
have gather’d over centuries, ghost
meanings that loom behind
the scenes, making language

Such a deep mountain lake, what
do they call those in Utah? a cirque?
crystal clear lakes in the high
altitudes, dark reflecting a blue sky
or frozen solid, say

You wince, you look for
an exit, and there’s a tip-toeing Harpo
showing you the way out

Maybe at this point you crumple
the page and toss it
into the fire, decide to put
on Sonny Rollins Lp CONTEMPORARY
LEADERS, which
is loaded with inspiration, maybe
some
of it will rub off?

You tinker with some
of the earlier stanzas
realize you didn’t mean “sepulchral,”
my inner ear overshot the word “spectral,”
a word I associate with William S. Burroughs,
same as I associate “ennui” with Henry Miller,
same as I associate hundreds of other
words with the writers who have
worked with them,
though,
“sepulchral” could work, in an
off-handed kind of way, like a tomb
for dead words, words
that hit a dead-end
their meanings will dissolve, various nuances
will be divvied up between 17 other words, new
and old, plunder’d
the English language absorbs
everything in its path (a similar characteristic
of jazz)

How many times have I lookt up a word
in the dictionary only to find myself thinking that
the lexicographers missed something, that
there’s a nuance still lurking in
the shadows

An ancient penumbra surrounding
a word, like fire, or maybe smoke is the more poetic
descriptor?
nuances still lurking in the shadows, cackling
like one of Steve Richmond’s gagaku demons

BUT! Words are still only the
conveyance, not an end in themselves
(unless, you find interest in what the “language poets”
concern themselves with,
and this “concrete poetry” where words are
very much an end in themselves, a fascinating
field of writing, really, but
I have bigger fish to fry — I know, you’re
waiting like e.e. cummings for me to
close this parenthesis, but maybe I’ll just
keep whispering, only if to add a dash of mystery? —
contrariness has a welcome place
in poetry

There are 3 things I can say
about that last stanza:
1) Strunk & White quite correctly advise us
to avoid the word “really”
2) yoga also is not an end in itself, even
as much as it could be, generously
3) this poem is becoming much too long

Maybe a 4th comment could be some-
thing I thought about yesterday, chuckling
to myself how incredible Todd Moore is with
short poems: presently, we’re
working on another installment of our
Noir Jazz radio show, and
how Todd can write more poetry in one or two
weeks than most poets can write in a
lifetime, it’s as if he has a
faucet that he turns on
and out comes pure poetry
over-flowing with pathos, narrative, back story,
front story, humor, menace, flower-sniffing dogs, you
name it, he’s got it all going, and all
with a mere twenty words or so

And then, what about inspiration?
Well, presumably that’s the fuel you run on
and
when it fizzles out, you
stop
or maybe draw funny squiggles on paper
and send them to Klaus to adorn the margins
of this poem 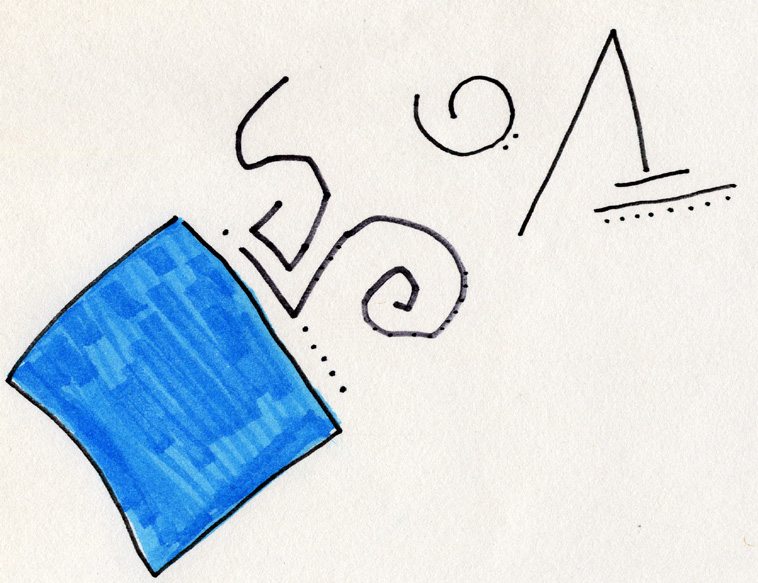