He studied poetry with John Crowe Ransom at Kenyon College, took courses in anthropology at the University of Paris, and was an assistant to the ethnologist Paul Radin in Lugano, Switzerland.

He collaborated with Daniel Spoerri and Claus Bremer in the Darmstadt circle of concrete poetry, dynamic theater, etc., from 1957 to 1959. In the early sixties he was European coordinator of Fluxus, and a founding member of the Domaine Poetique in Paris.

His theater essays have appeared in Das Neue Forum, Berner Blatter, Ulmer Theater and other European magazines. Williams translated and reanecdoted Daniel Spoerri’s Topographie Anecdotee du Hasard (An Anecdoted Topography of Chance), collaborated with Claes Oldenburg on Store Days, and edited An Anthology of Concrete Poetry, all published by the Something Else Press, New York. His latest work, a boy and a bird, is a long “building” poem, constructed of shifting linguistic relationships.
(Written in 1966) 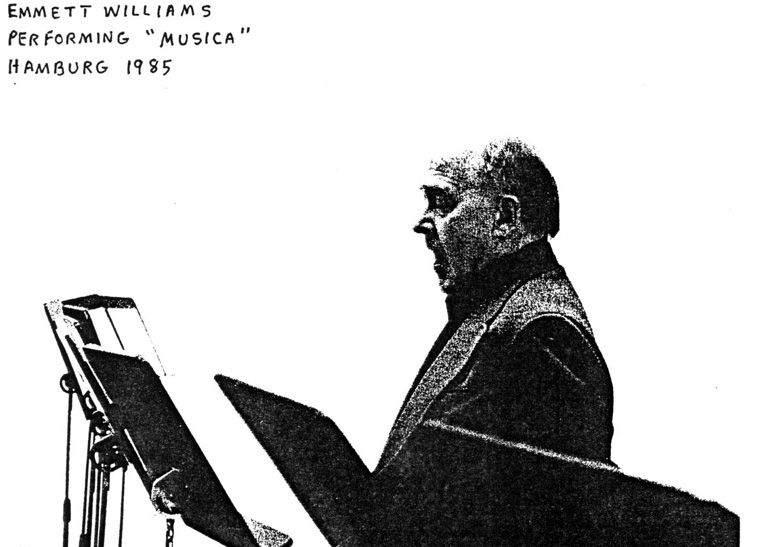