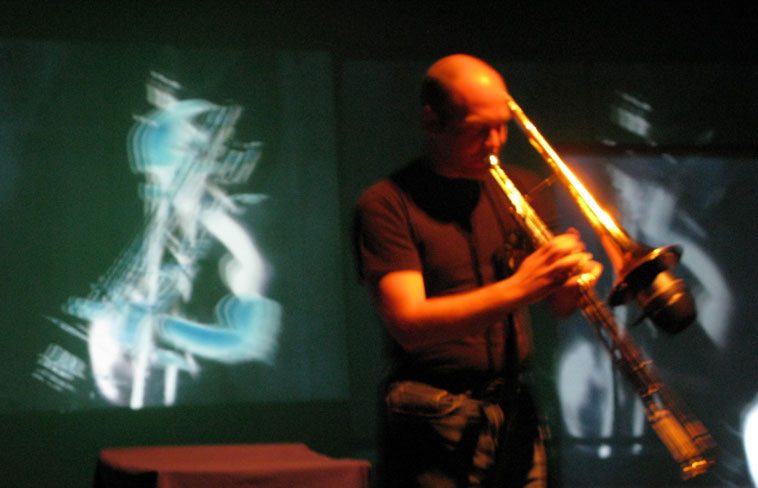 My Winter Tour is underway, beginning tonight in Boston and I’d love to see you if you’re in any of the cities I’ll be visiting listed below. I’m performing “Modifications of the Mind”, a new composition for electric trombone based on the an ancient philosophical text, the Yoga Sutras which I’ve just released on the Zerx label. Check it out by clicking here or click the CD cover on the left please…

Christian Pincock performs improvised and composed music on valve trombone and a computer-based instrument of his own creation. Using a keyboard controller and a system of sensors attached to his trombone he is able to expressively manipulate sampled sounds, integrating them musically. Currently living in Albuquerque, NM, he has been an active musician in New York City, Boston, and Berlin where he has produced and collaborated in diverse musical, multidisciplinary and multimedia projects.