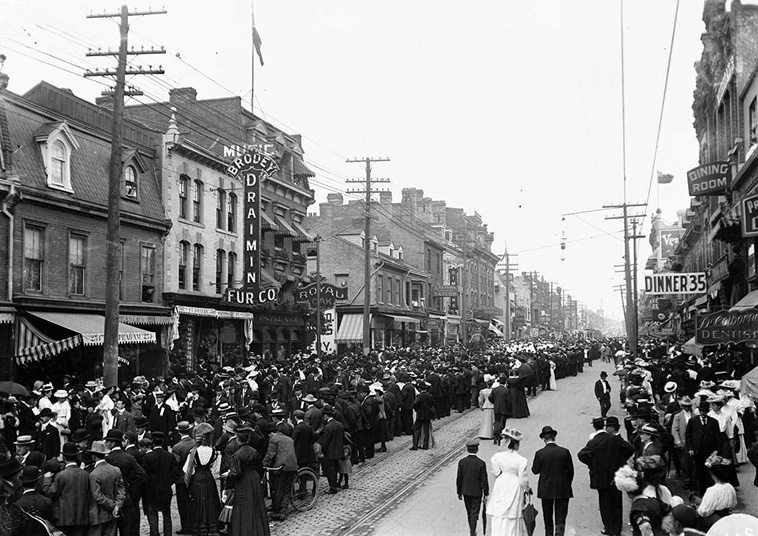 Looking for words and work on Labor Day, what greater American (Chicago ) poet than Carl Sandburg to remind us what we were all about, who we once were. Do yourself a favor: read some Sandburg. Remind your friends, your students, your children that once a upon a time in America, there was a poet of the people who said it all in plain English in the daily newspaper, all that needed to be said to men and women on their way to work with maybe a little hope in their hearts. CHICAGO POEMS…and THE PEOPLE, YES. Begin there. Norbert Blei

I thought of killing myself because I am only a bricklayer
and you a woman who loves the man who runs a drug store.

I don’t care like I used to; I lay bricks straighter than I
used to and I sing slower handling the trowel afternoons.

When the sun is in my eyes and the ladders are shaky and the
mortar boards go wrong, I think of you.

They offer you many things,
I a few.
Moonlight on the play of fountains at night
With water sparkling a drowsy monotone,
Bare-shouldered, smiling women and talk
And a cross-play of loves and adulteries
And a fear of death
and a remembering of regrets:
All this they offer you.
I come with:
salt and bread
a terrible job of work
and tireless war;
Come and have now:
hunger.
danger
and hate.

I Am the People, the Mob

I am the people–the mob–the crowd–the mass.
Do you know that all the great work of the world is
done through me?
I am the workingman, the inventor, the maker of the
world’s food and clothes.
I am the audience that witnesses history. The Napoleons
come from me and the Lincolns. They die. And
then I send forth more Napoleons and Lincolns.
I am the seed ground. I am a prairie that will stand
for much plowing. Terrible storms pass over me.
I forget. The best of me is sucked out and wasted.
I forget. Everything but Death comes to me and
makes me work and give up what I have. And I
forget.
Sometimes I growl, shake myself and spatter a few red
drops for history to remember. Then–I forget.
When I, the People, learn to remember, when I, the
People, use the lessons of yesterday and no longer
forget who robbed me last year, who played me for
a fool–then there will be no speaker in all the world
say the name:

“The People,” with any fleck of a
sneer in his voice or any far-off smile of derision.
The mob–the crowd–the mass–will arrive then. Carl August Sandburg (January 6, 1878 – July 22, 1967) was an American poet, historian, novelist, balladeer, and folklorist. He was born in Galesburg, Illinois of Swedish parents and died at his home, named Connemara, in Flat Rock, North Carolina.

H. L. Mencken called Carl Sandburg “indubitably an American in every pulse-beat.” He was a successful journalist, poet, historian, biographer, and autobiographer. During the course of his career, Sandburg won two Pulitzer Prizes, one for his biography of Abraham Lincoln (Abraham Lincoln: The War Years) and one for his collection The Complete Poems of Carl Sandburg.

During the Spanish-American War, Sandburg enlisted in the 6th Illinois Infantry, and he participated in the landing at Guánica on July 25, 1898 during the invasion of Puerto Rico. Following a brief (two-week) career as a student at West Point, Sandburg chose to attend Lombard College in Galesburg. He left college without a degree in 1902.

Sandburg lived for a brief period in Milwaukee, Wisconsin, during which he became a member of the Social Democratic Party and took a strong interest in the socialist community. He worked as a secretary to Mayor Emil Seidel, the first socialist mayor in the United States.

Sandburg met Lilian Steichen, sister of the famed photographer, Edward Steichen, at the Social Democratic Headquarters. Lilian (nicknamed “Paus’l” by her mother and “Paula” by Carl) and Carl were married in 1908; they would go on to have three daughters. Sandburg moved to Harbert, Michigan. From 1912 to 1928 he lived in Chicago, nearby Evanston and Elmhurst. During this time he began work on his series of biographies on Abraham Lincoln, which would eventually earn him his Pulitzer Prize in history (for Abraham Lincoln: The War Years, 1940). In 1945, the Sandburg family moved from the Midwest, where they’d spent most of their lives, to the Connemara estate, in Flat Rock, North Carolina. Connemara was ideal for the family, as it gave Mr. Sandburg an entire mountain top to roam and enough solitude for him to write. It also provided Mrs. Sandburg over 30 acres of pasture to raise and graze her prize-winning dairy goats.

Much of Carl Sandburg’s poetry, such as “Chicago”, focused on Chicago, Illinois, where he spent time as a reporter for the Chicago Daily News and the Day Book. His most famous description of the city is as “Hog Butcher for the World/Tool Maker, Stacker of Wheat/Player with Railroads and the Nation’s Freight Handler,/Stormy, Husky, Brawling, and City of the Big Shoulders.”

Sandburg is also beloved by generations of children for his Rootabaga Stories and Rootabaga Pigeons, a series of whimsical, sometimes melancholy stories he originally created for his own daughters. The Rootabaga Stories were born of Sandburg’s desire for “American fairy tales” to match American childhood. He felt that the European stories involving royalty and knights were inappropriate, and so populated his stories with skyscrapers, trains, corn fairies and the “Five Marrrrvelous Pretzels”.

Sandburg was awarded a Grammy Award in 1959 for Best Performance – Documentary Or Spoken Word (Other Than Comedy) for his recording of Aaron Copland’s Lincoln Portrait with the New York Philharmonic.

Here is an incomplete list of books and anthologies published by Sandburg: